USB4 is coming with faster speeds and 100W charging support. 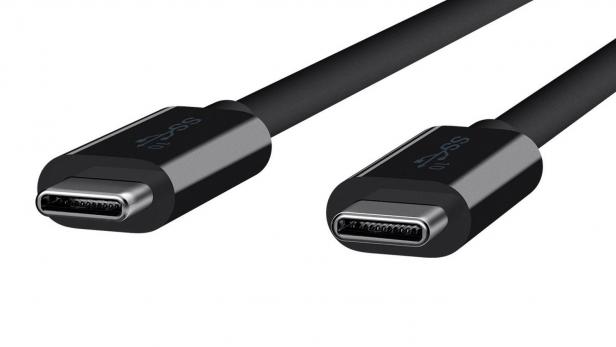 The announcement for USB4 happened first in march of 2019. Today USB4 gone official and comes as a major update to the USB 3.2 standard. The new architecture is based on the Thunderbolt protocol that Intel contributed to USB Promoter Group.

Technical specifications of the USB4 architecture are announced on 03/09/2019, revealing that it offers high data transfer speeds and enhanced compatibility. It’s based on Thunderbolt 3, which is Intel’s standard and has already appeared on many devices up to date, but it’s now carrying a new moniker and is available for all device makers to adopt and use.

In its official press statement, the USB Implementers Forum (USB-IF) has listed out the major upgrades in USB4. These include:

USB4 is providing Two-lane operation using existing USB Type-C cables and up to 40Gbps operation
over 40Gbps certified cables, which is far better than the current USB3 standards.

USB 3 introduced the ability to use a single cable to send power, data and a video signal (basically just more but specialized data) over a single cable. Great! But sometimes, depending on how you set it up, it could only send one or the other, or speeds were greatly reduced. USB4 does this much better, so if you have a monitor that uses 8 Gbps for its video bandwidth, the full 32 Gbps will be available for other purposes. It’s just one of those behind the scenes changes that will make things better and easier for everyone.

This new protocol will not create any difficulties to the users who are using devices with a similar port, USB4 is offering Backward compatibility with USB 3.2, USB 2.0 and Thunderbolt 3

The beauty USB4 is, it doesn’t use a new connector. We’re still in the transition period from the big rectangular port, the small trapezoidal one, the big trapezoidal one and so on, to the sleek USB-C plugs that you can’t do wrong even if you try. Changing that again would be disastrous — so the connector will be the same.

Currently there no info on when the first USB4-backed device is coming, but we can expect to see the architecture being adopted by tech giants soon enough.

One thought on “USB4 is coming with faster speeds and 100W charging support.”